Emirates, Etihad, flydubai, Air Arabia and Al Fursan took to the skies in unison today to celebrate the UAE’s 47th National Day, as well as commemorate the legacy and values of HH Sheikh Zayed. The late founding father of the UAE dedicated his life and leadership to unify and shape a better collective future for the nation, and today’s formation flight is a soaring display of unity as all four carriers showcase the UAE’s aviation success story to the nation and world.

The spectacular flypast - a world-first and a UAE civil aviation milestone - involved over 11 aircraft: a flydubai Boeing 737 MAX 8 (Zayed 1), an Air Arabia Airbus A320 (Zayed 2), an Etihad Airways Airbus A380 (Zayed 3) and an Emirates Airline Airbus A380 (Zayed 4), as well as seven Al Fursan aerobatic display jets from the UAE Air Force. All of the commercial aircraft within the formation were emblazoned with ‘Year of Zayed’ decals.


The carefully choreographed ‘stair step’ aerial formation began this afternoon at 1300hrs, when the aircraft took-off from Dubai World Central Al Maktoum International Airport. Once all of the aircraft established their holding positions with altitudes ranging from 2,000 feet to 5,000 feet with a 1,000 foot vertical separation, the formation commenced. Over the skies of Ras Al Khaimah, each aircraft adjusted its speed and turned to achieve a trail formation. The aircraft then descended into their positions and vertical separation was reduced to 300 feet.

Flying first in the ‘Year of Zayed’ formation was flydubai, cruising at an altitude of 1,000 feet and an airspeed of 210 knots, closely followed by Air Arabia, in line astern and stepped up at an altitude of 1,300 feet. Next came the Etihad Airbus A380 double-decker, trailing the first two aircraft  and flying at 1,600 feet, stepped up by the Emirates Airbus A380 flying at the highest altitude at 1,900 feet to make room for the seven Al Fursan jets set in an arrow formation ready to release their signature smoke trails in the colours of the UAE flag.

Together, the stunning UAE carrier formation flew with impressive precision across the coastline of the UAE, starting at Ras Al Khaimah, continuing on to Um Al Quwain and Ajman, and then passing landmarks including the Sharjah Corniche, Dubai’s Palm and World Islands with the Burj Khalifa skyline in the background, and finally crossing the Abu Dhabi Corniche and the Sheikh Zayed Mosque, where all aircraft then split and continued on to their respective airports for landing.

Swiss Belhotel to open 4 new hotels in the GCC

Emirates touches down in Mexico City
View All 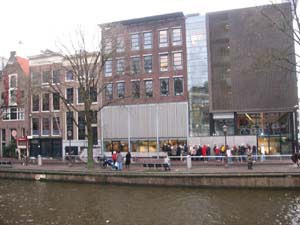 Anne Frank, a girl who wrote about her experiences during the Second World War has her house in the Jordaan area of Amsterdam. This is the house where the Anne Frank along with her family spent 25 months during the war. A must see for those who love history and were touched by her story. How to reach: Streetcar 13, 14, or 17 to the Westermarkt stop Bus 21, 170, 171 or 172 to the Westerm... 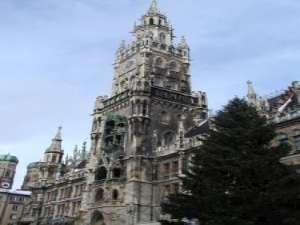 The New City Hall is a huge 19th century neo-Gothic building where every day at 1100 and 1200 hours, the glockenspiel on the frontage plays out a complex presentation which includes a miniature tournament, with copper figures moving in and out of the archways.   Marienplatz 08 Tel: (089) 23300   ... 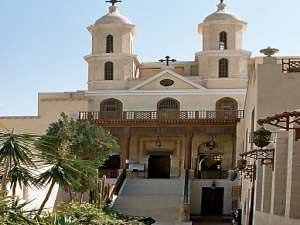 El Muallaqa is the oldest Christian church in Cairo and built anywhere between the fourth and seventh century. Its name is derived from its location atop a gate tower in Old Cairo.   The beauty of this church is revealed through its three barrel-vaulted aisles, altar screens made of inlaid ivory and bone, and a carved marble pulpit supported by 13 pillars representing Christ and his disc...

Built in the foothills of Jebel Hafeet, the second tallest mountain in the UAE, is the Middle East’s first manmade white-water rafting, kayaking and surfing facility. The park has three world class kayaking channel networks, with a total length of 1,133m. It also has a surf pool capable of making 3.3 meter high waves every 90 seconds, a rope course, climbing wall and zip line, along with food a...