“By the fig and the olive,

By this city of security (Makkah),

Surely we have created man of best stature,

The we reduced him to the lowest of the low,

Except those who believe (Islamic Monotheism) and do righteous deeds. Then they shall have a reward without end.

Then what causes you to deny the recompense (day of Resurrection)?

Is not Allah the best of judges?”

Allah swears by holy places, places where revelations came down to His Prophets. First of those places is Ash - Sham (Syria) in general and Jerusalem in particular, for figs and olives grow in the area. It is as if Allah is swearing by the message that was revealed to Prophet Isa (phuh).

Mount Sinai is in the area of Sinai. It is as if Allah is swearing by the message that was revealed to Prophet Musa (phuh) on Mount Sinai ; 'Sinin' mentioned in the verse above.

And 'this city of security' refers to Makkah Al Mukarramah which is where Prophet Muhammad (PBUH) received Revelation.

Therefore, it is as if the Verses are oaths taken by the divine messages that were revealed to the Prophets. This points to the spirit of brotherhood between the Prophets for though the laws they came with differed, their religion was one - the religion was Islam.

(Information obtained from Atlas of the Quran) 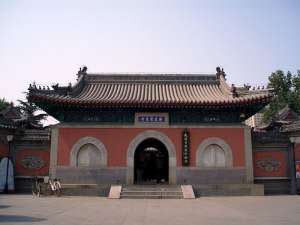 Erected for the 1891 Jubilee Exhibition this wrought iron building which has a kitsch musical dancing fountain, the Krizikova Fountain (price is 200 Kč performances are hourly from 8-11pm in March through to October). The nearby Lapidarium stands 10 of the Charles Bridges original statues (adult/child 20/10 Kč noon – 6pm Tue to Fri, 10am to 6pm Sat & Sun). In February through to Easter the park be...

Disney Land is the main attraction of Lantau as well as of Hong Kong. The resort is small compared to other Disney parks. Built on 300 acres it attracts millions of visitors. It has four theme areas, Main Street, Fantasyland, Adventureland and Tomorrowland. It has many fireworks shows, parades and thrilling rides.   Website:www.hongkongdisneyland.com  ...

A 14m statue of a lady with the palm frond, she symbolises freedom throughout Budapest. Erected in 1947 in tribute to the Soviet forces that died liberating the city at the end World War II, she can be found east of the citadella. Location: Szabadsag-szobor  ...