Located in the West African nation of Mali, Timbuktu once lay at the crossroads of four major trade routes that supplied the Arab world. Its geographic position made the city one of the wealthiest in the world during the 12th century. The city is home one of the first universities in the world, Koranic Sankore University, a celebrated Islamic university that taught over 20,000 students. Over time, Timbuktu developed into the intellectual and spiritual capital of Islam in Africa, and served as a focal point for regional expansion of the religion. While many of its buildings face the threat of desertification, Timbuktu remains an historically important location for intellectual scholarship in Islam. 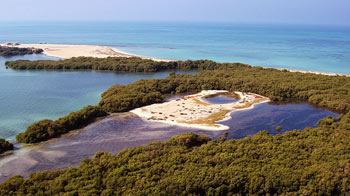 Undisturbed by humans, Bu Tinah islands is a natural treasure lying off the coast of Abu Dhabi in the United Arab Emirates. The small archipelago is the region’s largest UNESCO marine biosphere reserve for its thriving ecosystem. The island is entirely closed off from humans and is patrolled to ensure that no one attempts to disrupt the habitat. The island is home to numerous endangered species and serves as a crucial research site for determining the effects of global warming. The island is also surrounded by an extensive coral reef, which survives the harsh temperatures and high salinity levels of the region. 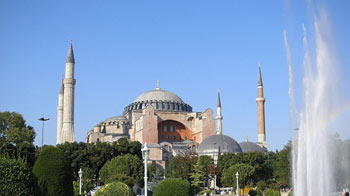 Built in the sixth century, the Hagia Sophia has a long and storied history. Originally a church, the Hagia Sofia was converted into a mosque after the Ottoman Turks conquered Constantinople (Istanbul) in 1453, whereupon the structure was renamed Ayasofya. Ayasofya’s towering dome has been used as a model for mosques for hundreds of years and is said to have changed modern architecture for its size and beauty. The interior of the building is filled with breath-taking pillars, mosaics and archways. Today, the building is a museum for members of all faiths to appreciate.

The Dead Sea is one of the most captivating and unique bodies of water in the world. The sea is most known for its incredibly high salinity levels; the water here is one third salt, making it eight times saltier than ocean-water. The high level of salinity makes it nearly impossible for animals to live here, hence the name “Dead” Sea. It is also very difficult to swim in these waters. The Dead Sea is the deepest hypersaline lake in the world (378 meters deep) and has the lowest elevation on dry land on the Earth’s surface (422 meters below sea level). The body of water also has historical significance and has been utilized for its massive reserves of salt.

The Giza Necropolis is located on the outskirts of Cairo and includes the Great Pyramids and the famous sculpture, the Sphinx. The only Ancient Wonder of the World that remains standing, these pyramids have long been considered one of the most precious sites in the world. The Great Pyramid, the largest of the three pyramids pictured, was built over 4,500 years ago and was the world’s tallest building for an astounding 3,000 years. It remains a building of architectural wonder given the complexity and precision found in its design. The pyramids were built as tombs for ancient rulers of Egypt, who were considered to be immortal in the eyes of their followers; today, they are one of Egypt’s main tourist attractions.

Located merely eleven miles north of Beirut, the Jeita Grotto is a site to behold. The compound has two separate but connected limestone caves that span nearly ten kilometers in length, making it the longest cave complex in the Middle East. The lower cave can only be visited by boat, since it sits on an underground river that is a principal source of water for Lebanese citizens. The caves were formed through the dissolution of limestone over millions of years and were first discovered in 1836 by Reverend William Thompson. Exploration into the depths of the caves is still taking place. Today, Jeita Grotto serves as a national symbol and major tourist destination for Lebanon. 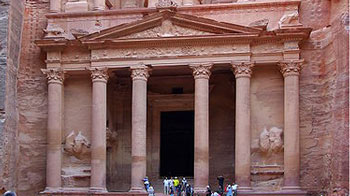 Petra (“rock”) is an ancient city and archaeological site in Jordan carved in cliffs of multicolored rocks. It was built roughly 2,000 years ago by an ancient Arab people, the Nabateans, at a site that was a center for trade routes carrying silk from China and spices and precious stones from India to the West. It fell into disuse when the Romans captured the area and changed the trade route. Since then, earthquakes and erosion have changed the landscape, making it even more stunning. Today, Petra is a national symbol for Jordan and its most visited tourist attraction.

Mauritius welcomes back tourists after l...

Old Man Mo Temple located on Hollywood Road was built in 1848 and is the oldest and most well known temple of Hong Kong. It pays tribute to Man Tai, the god of Literature and Mo Tai, the god of war whose images are found inside. Many throng this temple and burn incense sticks. It is believed that physical strength and intelligence is granted in the worship here.  ... 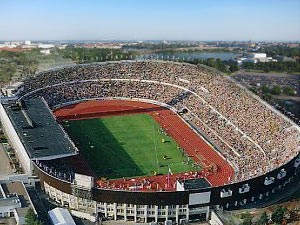 Helsinki is an Olympic city. Having hosted the 1952 Olympic Games at this renowned stadium, today the place stands as a big tourist attraction. It now serves as a sports museum and venue for live entertainment events since it has a capacity of over 40,000 people. There are soccer fields next to the stadium and the biggest attraction is the Uimastadion that is the largest outdoor pool in the city. ... 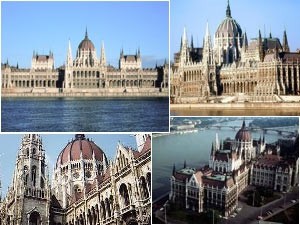 The most on show building in the city, Parliament was completed in 1902 and has 690 gorgeous rooms mixed in a neo-Gothic, neo-Romanesque and neobaroque styles. You’ll only get to see three on a guided tour which takes you around the North Wing. On a tour you’re likely to see the Crown of St Stephen on display, along with the ceremonial sword and, orb and the 10th century Persian crafted sceptre wi...

The Badshahi Mosque is arguably the most famous of Lahore’s mosques. This magnificent red sandstone structure was built during the Mughal era in the 1600s by the emperor Aurangzeb who was famous for his religiosity and intolerance. The mosque’s four minarets soar into the sky and are visible from afar. Tourists must not wear shorts, women must be modestly dressed and shoes must be taken off before...