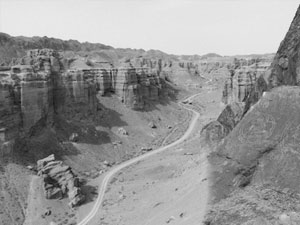 Almaty is one of the few ancient cities of the world. The region in which this city lies was inhabited as early as during the Bronze Age, at around 1000 – 900 BC. This was a time of livestock rearing and farming mainly, and these skills were passed down traditionally over the centuries to settlers till during the late Middle Ages.

In around the 7th century BC, Almaty was inhabited by the Uisun and the Saka tribes, who have left behind archaeologically significant findings such as burial mounds, cave drawings, and bronze artifacts. Almaty became one of the peak centers for early education in the world during the era of the Saka tsars.

The next major evolutionary cycle took place in the Middle Ages (8-10th century AD), when nomadic and semi nomadic tribes began settling down permanently, and established the first basis for an early city with appropriate governance, trade markets, and a monitored system of agriculture and cattle rearing. This led to the emergence of a number of small neighboring towns in the region, each producing their own special trade commodity, including handicrafts, which gave the residents a sense of cultural identity.

Due to its key position on the Silk Road, a trading route since ancient times that passes through and links together quite a few Central and South Asian republics even today, the Almaty region gained the status of a market town during the 10th to 14th centuries AD, specializing in agricultural and handcrafted products, even having its own currency by that period.

As trade activities on this part of the Silk Road began declining during the 15th to 18th centuries AD, Almaty started losing its status in the trade chain. This was consequently a period of economic and political turmoil, and irregular immigration and emigration largely affected the city’s ethnicity. People were trying to resist financial instability as well as the Dzungar tribes to the north who were at war with the Mongolian hordes. Hence this was a crucial time for the individual and collective lives of the residents. The Kazakh state was soon founded in the vicinity, and in 1730 the Kazakh peoples defeated the Dzungar tribes.

In 1854, the walled Russian fort-city Zailiyskoe was established in the area, later renamed to Vernoie (Verniye/Vernoye), and Kazakh and Russian natives and Tatar merchants started settling in permanently. A massive earthquake in 1887 destroyed almost the entire city in a mere ten minutes, but reconstruction was quick.

The name of the city was changed in 1921 to Alma-ata. In 1927, Alma-ata was made the capital of the Soviet ASSR Kazakh.

During World War II Alma-ata acted as a major refugee camp for evacuees from Russian territories, and major changes were made in the city’s planning and layout, with new spaces being allotted to adjust residential accommodation, hospitals and schools, and industries.

In 1993 Alma-ata was renamed as Almaty, the name by which it is known today.