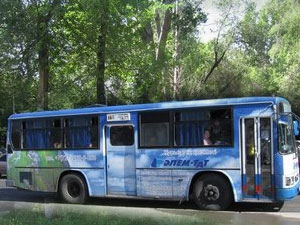 Government-owned buses, trolleybuses and trams run around the city till about 10pm. The normal fare for a ride around the city is 20 tenge. Public transport is currently undergroing privatization, and routes for evhicles may change quite rapidly over time.

Privately-owned vehicles (small buses and vans), also called “route taxis”,  operate as public transport with their own routes. These charge a litlle higher, around 25-30 tenge, but, as they compete against one another, travel quite swiftly, sometimes at alarming speeds. They will consequently get you to your destination quicker instead of going through a usual mundane route and stopping frequently along the way.

A month’s supply of travelling tickets can be bought for 900 tenge. These are available from ticket collectors, and are valid till the 8th of each month.

Schedules are usually not available for any of these transport types, so it is advisable to ask where the vehicle is headed before getting on. It always helps if you ask in Russian/Kazakh, but English would do if you are not sure you will understand the reply in a foreign language.

A word of caution – watch out for pickpockets while travelling in buses and vans. 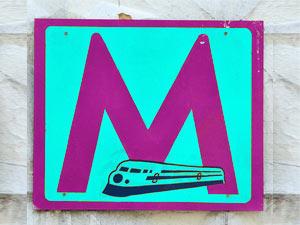 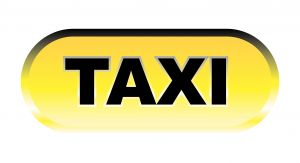