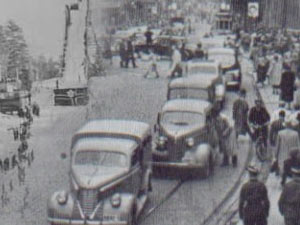 Oslo is the oldest of the Scandinavian capitals and was founded in 1049 by the Norwegian King Harald Hardrade. Arcahealogical findings have discovered human remains dating before 1000, leading the city to celebrate its millennium in 2000. The look of the city was shaped largely by its founders, which is evident by looking at some of its buildings, among them the imposing fortress Akershus Slott, which was built by Hakon V in the thirteenth century.

Oslo was originally a wooden city and was subject to numerous fires. The most devastating fire took place in 1624 and burnt the city to the ground. The city was subsequently rebuilt by King Christian IV of Demark (and Norway, which was Then part of Denmark), who renamed the city Christiana, after himself. The city would maintain that title until 1924, when the name was switched back to Oslo.

In 1814, Norway separated from Denmark and united with Sweden in a union that would last until 1905. During this period, many of Oslo’s most notable structures were built, including the Royal Palace, the House of Parliament and the National Gallery. After World War Two, the city limits of Oslo were extended, which made it one of the largest world capitals by acreage.

The city’s population has grown over the past century, thereby increasing the financial, military, and administrative importance of Norway’s capital city. The city dominates Norway’s economy, but has recently struggled to accommodate its growing population. Locals oppose both the building of high rises that diminish Oslo’s historic feel and the creation of more sprawling residence buildings that would cut into the city’s forests. For the most part, though, Oslo’s growing population has been immensely positive for the city and has been the driving force behind Oslo’s growth into the vibrant and lively city that it is today.