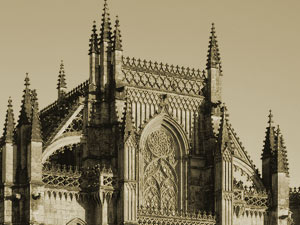 Fires, plague, the worst recorded earthquake in Europe’s history, revolutions, coups and dictatorship, you name it and no doubt Lisbon has experienced it within its history. Beginning 3000 years ago, the Phoenicians first settled here, calling it ‘Alis Ubbo’ (Delightful Shore). Later the Greeks, Carthaginians and then finally the Romans, in 205 BC, settled here, staying until the 5th century. In 714 AD the North African Moors took over, naming their new home ‘Lissabona’ and fortified the city against the Christians, holding them off for the next 400 years. This occupation was to end in 1141 after a four month siege by which time the Christians captured the city. In 1255 under Afonso III, the capital flourished given its central position in Europe as a sea port. This period of economic flourish was to continue through the 15th and 16th centuries with explorer Vasco da Gama finding a sea route to India, then the discovery of gold in Brazil. The city became a hub for merchants to trade and sell gold, silks, spices and jewels, the city’s architecture becoming more grandiose to exhibit the city’s wealth and power.

But this period of good fortune was to turn on Lisbon at 9:40am, All Saints Day on the 1st November, 1755. At that precise time, three major earthquakes hit in quick succession as the city’s residents gathered for Mass. The powerful tremors resulted in massive structural damage, not to mention bringing on further devastating fires and tsunamis. It is estimated that of Lisbon’s 270,000 inhabitants at that time, as many as 90,000 were killed. Lisbon was never to regain its former glory; under its chief minister, Marques de Pombal, the city was rebuilt in a cheap, earthquake-proof design that influences today’s city structure.

As the city moved into the 20th century, conflict over power became the city’s biggest worry with two bloodless coups occurring in 1926 and 1974. Portugal became a member of the European Community (later the European Union) in 1986 which led to massive funding providing redevelopment; a welcome prospect given Chiado would suffer a devastating fire in 1988.