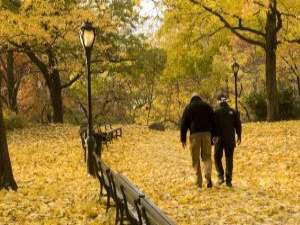 The first inhabitants of New York were the Lenape Native Americans, who were present when Italian explorer Giovanni da Verrazzano arrived in the region in 1524. Verrazzano was under the commission of the French crown, and upon his discovery, named the town “New Angouleme.” However, European settlement did not begin until 1614, with the founding of a Dutch Fur trading settlement, known as New Amsterdam, on the southern tip of present-day Manhattan.

It took until 1664, when the British conquered the city, that the now famous and recognizable name of “New York” was ascribed to this region. The city was named after the Duke of York, who would later become King James II of England. Under British rule, New York became an important trading port and a growing economic center in the colonies. The city was transformed by immigration during the 19th century and 20th century, and quickly became a melting pot of cultures from across the world.

The city’s infrastructure developed throughout this period as well. For example, the Commissioners’ Plan of 1811 laid the geographical foundations of what encompasses modern-day Manhattan. The development of the New York City subway in 1904 helped ease transportation across the city, and in turn connected businesses and districts. In the 1920s, New York City flourished culturally with the arrival of African Americans from the South during the first Great Migration. Soon afterwards, a cultural movement known as the Harlem Renaissance took place. During this period, New York also developed economically and structurally, experiencing major changes and modern developments in its skyline. The Chrysler Building and the Empire State Building were both completed by 1931; both buildings would spend a period of time as the tallest building in the world.

However, with the onset of the 1929 Stock Market crash and the Great Depression after WWII, New York experienced numerous difficulties. The city managed to recover economically shortly after the conclusion of World War II. New York City also welcomed a new wave of immigrants during this postwar period, mostly from Europe.

During the 1990s, with Wall Street symbolizing America’s economic strength, immigrants from Asia and Latin America came to New York in search of the American Dream-another migration in a long line of cultural additions to this global city. On September 11, 2001, the city suffered a devastating attack by terrorists on the World Trade Center, which claimed the lives of nearly 3,000 people. Nevertheless, New York’s resilience has shown through by the unity and collaboration experienced by its residents after the attacks. The Freedom Tower will be built in the place of the World Trade Center, and will become one of the tallest buildings in the world.