Emirates celebrates Guinness World Record™ for most nationalities on an aircraft

Celebrating the unifying power of diversity in the UAE, a historic one-off Emirates A380 flight marking the 48th UAE National Day and the UAE Year of Tolerance returned to Dubai International Airport with over 540 passengers from different backgrounds, ethnicities, religions and cultures. It included families and children, Emirates Group employees, as well as People of Determination. Passengers were encouraged to come in their national dress, and throughout the flight, their colorful costumes became a vibrant collage honoring their different heritage and traditions.

His Highness Sheikh Ahmed bin Saeed Al Maktoum, Chairman and Chief Executive, Emirates Airline & Group said: "The UAE has become a remarkable symbol of tolerance and coexistence, welcoming people from over 200 nationalities and backgrounds, all living together in solidarity and harmony."

The 22 cabin crew on flight EK 2019 hailed from 18 countries, and were led by flight purser Jafar Hamad, a UAE National. On an average flight, Emirates cabin crew represent up to 15 nationalities. An average Emirates flight typically carries more than 50 nationalities onboard.

The airline attempted to welcome as many nationalities as possible onto flight EK2019, for a special flight journey across all seven emirates. After passengers checked in, they were welcomed by Emirates cabin crew and were invited to take keepsake photos to mark the special event. Passengers were also able to write their names and wishes for the Year of Tolerance on a special message wall. Before boarding, a bespoke stamp to mark this special flight was put on each boarding pass as an added keepsake for passengers.

Once onboard and ready for take-off, special Year of Tolerance content was available on the inflight entertainment service for viewing by all passengers. Just before descent, an Official Adjudicator from GUINNESS WORLD RECORDS™, who was onboard verifying nationality counts, officially announced a new GUINNESS WORLD RECORDS title for most nationalities on an aircraft.

As passengers disembarked, they were handed certificates of participation for taking part in this historic activity. A ceremony took place in front of the aircraft to mark the record, and a group photo with all 541 passengers was taken in front of the Emirates "Year of Tolerance" A380.

Over 30,000 people across the UAE registered interest to become part of this special initiative.

The Nobel Peace Center is one of Oslo’s most modern museums and was completed in 2005. Inside, you will find a history of the award’s namesake, Alfred Nobel, along with profiles of each of the winners of the award. Informative movies and recordings of past ceremonies are also included in the museum. Sometimes, former winners come to give lectures within the museum’s confines. The museum is located...

Windsor Castle is the largest and oldest continually occupied castle in the world, dating back to the 1070s.  William I (a.k.a. the Conqueror) chose the location to help protect the city of London, roughly a day’s march to the east.  It was located adjacent to the Windsor Forest, a popular hunting ground.  Subsequent kings modified and expanded the palace.  Henry II rebuilt l... 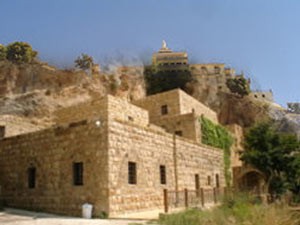 Located in the picturesque town of Besharre (or Bsharri), about 120km from Beirut, the Gibran Museum is dedicated to famed Lebanese poet, philosopher, painter, and author Gibran Khalil Gibran.  He was born into poverty in 1883 and received no formal education – priests taught him how to read and write.  In 1895, after their land was confiscated, Gibran moved to the US with his family. ...