Shukor is the first Malaysian and ninth Muslim in space. He is an orthopedic surgeon by trade and was the winner of the Angkasawan program established by Russia and Malaysia. The program was part of an agreement between the two countries that stipulated that Russia would take one Malaysian citizen to space. As the program’s winner, Shukor was part of the Soyuz TMA-10 mission to the International Space Station. Shukor would stay in space for eleven days; he spent much of his time doing medical research on the nature of the growth of liver and leukemia cells and the crystallization of various microbes in space.

Shukor’s trip is also of interest because it took place during the last few days of the Muslim holy month, Ramadan. As a result, the National Fatwa Council (Malaysia’s top Islamic body) created a handbook for Muslims in space. The guidebook included how to find the direction of Mecca, when the fasting day starts and ends (the International Space Station has a one day/night cycle of only 90 minutes) and how to pray in low-gravity areas.

Anousheh Ansari, an Iranian-American, was the fourth self-funded space tourist and the first female space tourist after traveling aboard the Soyuz TMA-9 mission in 2006. She also became the first person to blog in space. Ansari’s love for space exploration from an early age motivated her trip, which received extensive media coverage in both Iran and the United States.

Ansari is also known for making a multi-million dollar contribution to the X Prize foundation, which was a prize to be granted to the first non-government organization to launch a reusable manned spacecraft into space. The prize was later named in her honor, and is now referred to as the Ansari X Prize. The prize was won in October 2004 by the Tier One project, which was financed by Microsoft co-founder Paul Allen.

Sharipov graduated from the Soviet Air-Force in 1987 and was later selected for cosmonaut training by the Gagarin Cosmonaut Training Center (GCTC). In 1998, he was part of the STS-89 mission, an eight day mission that brought supplies to the space station Mir. He flew another mission in 2004 that lasted nearly six months in space at the International Space Station. Sharipov is also on the top fifty list for time spent in space (as of 2006); he is the last Muslim on this list to share the honor.

Talgat Musabayev became the second Kazakh Muslim in space when he was a flight engineer of the Soyuz TM-19 mission to the space station Mir in 1994. He would later command to other flights in 1998 and in 2001, the second of which was a historic mission. For the first time, a paying “space tourist” was on board a flight. The Soyuz TM-32 carried Denits Tito, a billionaire businessman, to the International Space Station (ISS), the successor of Mir. Musabayev has made the top fifty list for most time spent in space.

Tokhtar Aubakirov was a member of the Kazakhstan Air Force before being selected as a cosmonaut to go on the Soyuz TM-13 mission, where he spent over eight days in space. Aubakirov is notable as the first Soviet citizen to go into space without being fully certified as a cosmonaut-several other cosmonauts were booked on other missions and the Soviet Union had promised to send a Kazakh man to space as part of an earlier agreement. Aubakirov has since been the Director of the National Aerospace Agency in Kazakhstan and a Member of Kazakhstan’s Parliament.

The next Muslim in space was Abdul Ahad Mohmand from Afghanistan. Mohmand joined Manarov on the Mir as part of the Soyuz TM-6 mission as a research cosmonaut. Originally a pilot in the Afghan Air Force, Mohmand would later be remembered as a hero for saving his mission from disaster.

Upon the completion of their mission on the Mir, when Mohmand and his crew began their return flight to Earth, the capsule of their spacecraft failed to fire sufficiently and prevented the ship from returning to Earth. The decision was made to continue in orbit until more tests could be run. While waiting for directions from Mission Control, Mohmand made a crucial discovery. Using his instincts, he determined that it would be wise to check the ship’s monitors for any indication of what went wrong. He soon realized that the program guiding the reentry phase was still running. Upon reentry to Earth, the Soyuz capsule is no longer needed and is ejected. While waiting for mission control, the program was still counting down to eject the capsule! With less than a minute left before the capsule was to be ejected, Mohmand noticed it and notified the pilot, who shut down the program. Otherwise, the capsule would have been abandoned without its propulsion system, and the crew would have been stranded in space.

Musa Manarov traveled to space in December 1987 as part of the Russian Soyuz TM-4 mission to Mir. He would later travel to the station in 1991. The two trips logged Manarov an astounding 541 days (or roughly one and half years) in space, earning him eighth place on the all-time list of time spent in space as of 2006. Manarov was originally a colonel in the Soviet Union’s Air Force and joined his first mission as a flight engineer. The Soyuz TM-4 mission became the longest contiguous space mission once it was completed, lasting an entire year.

Syrian Muhammed Faris was the second Arab and first Syrian in space. Originally a member of the Syrian Air Force, Faris joined the crew of Russian mission Soyuz TM-3 in July 1987. Faris flew on the mission to the space station Mir and returned on Soyuz TM-2. After the completion of his mission, he was awarded two esteemed titles by the Soviet Union: Hero of the Soviet Union and the Order of Lenin.

Sultan bin Salman, one of the many nephews of King Abduallah Al-Saud of Saudi Arabia, was the first Muslim in space (as well as the first Arab and the first member of royalty). In 1985, Al-Saud became part of the crew on board the American space shuttle Discovery as a payload specialist. Upon completing his mission, Al-Saud was instrumental in the founding of the Association of Space Explorers, a non-profit organization that brings together astronauts from around the world. He is currently the Secretary-General of the Saudi Commission for Tourism and Antiquities (SCTA).

No visit to Dubai is complete without a visit to the Gold Souk.  Even if you do not intend to buy anything, the unique feel is worth the price of admission (which is free).  Here everything that glitters really is gold!  Perhaps the most surprising thing is the lack of security.  With shop upon shop laden with gold, the expectation is that visitors would be under lots of scruti... 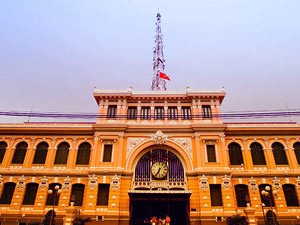 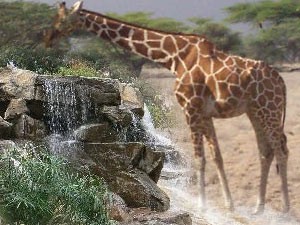 Besides these, are the Safaris one can take to game parks which are just 6-7 hours drive from Nairobi. Amongst them the most popular is of course the Masai Mara Natural reserve. This is in the beautiful Savannah Grasslands area of Kenya and has a huge number of large animals. The Masai community has been allowed to graze there and very often can be spotted in their traditional attire asking you to...

Mosque of the Prophet (Masjid Al-Nabawi)

Mosque of the Prophet (Masjid Al-Nabawi)

This Masjid is the second mosque ever built in Islam after the Quba Mosque. It is so much more valuable to the Muslims because it was built by the Prophet and his Companions. It is the major attraction of Madinah and the only reason why so many Muslims around the world flock to this city. It is a Grand Mosque that is signified by its stately green dome and fine Islamic architecture. It is also the...