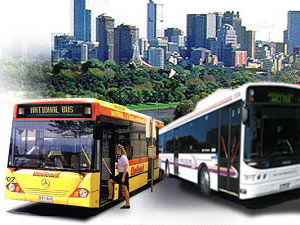 This mode of transport is one of the cheapest in Melbourne, but unfortunately isn't the most reliable. Due to the rampantly escalating population of Melbourne, people travelling by buses have to wait for long hours in order to get out of traffic congestion problems, especially in the more heavily populated areas of the city. While travelling in a bus in a city like Melbourne, it is always preferable to purchase your ticket before your journey acquires momentum. Some of the prominent bus service providers in the city include Metlink and Nightrider. The Nightrider provides you with safe late night transportation, starting from 12:30am and continuing up till 4:30am. Most bus services have special telephone booths installed on board, which allow you to contact any friends or relatives who may be meeting you at the bus stop. The tourist shuttle bus of Melbourne stops at some of the chief locations of the city; including Melbourne Museum, Queen Victoria Market, Lygon Street, the Melbourne Aquarium, Chinatown and the Royal Botanic Gardens. The entire bus journey takes around 50 minutes and provides you with a brief tour of the most desired locations of the city.
Some of the major bus service companies in Melbourne include:
Grenandas Bus Company
Telephone: +613 9791 2988
Website: www.grendas.com.au
Melbourne Bus Link
Telephone: +613 9689 8555
Website: www.melbbuslink.com
National Bus Company
Telephone: +613 9481 8222
Website: www.nationalbus.com.au
For further information or queries contact at: +613 9723 3529 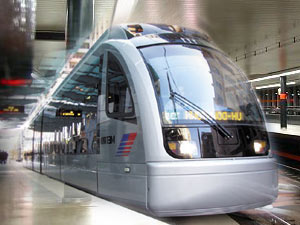 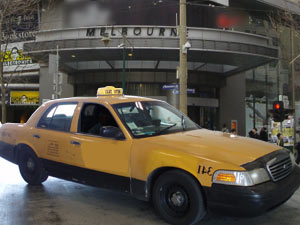