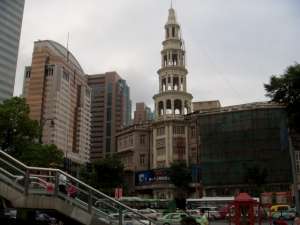 Historically Shanghai has always been an important city of China. It contributed much to the growth of China due to its budding fishing and textile industries. It grew more in importance since it was the site of foreign trade between the East and the West in the mid 19th century due to its status as a port city. This was the time that the French Concession was established in Shanghai which endured a kind of colonization. The economic success that followed from trade related activities allowed for Shanghai to be one of the most developed cities of China in the 1930s as well as during Communist rule.

Shanghai was under Japanese rule for a good eight years from 1937 to 1945 following the Manchurian incident during which suspected Chinese bombed a section of the railroads in Japan.   During WW II Shanghai further rose in significance, as an asylum for European Jews being persecuted by Hitler.

When the communist revolution occurred in 1949, the city suffered as foreign investment ceased to take place. However it overcame this crisis and the situation was rectified in the 1990s and since then Shanghai has been on the rise not just as the financial capital of China but also as a tourist hot spot.