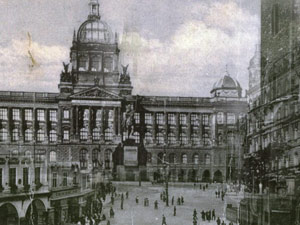 Like any major city, Prague’s origins are based on legends. According to the myth, the site of Prague was founded by Libuse, a daughter of an ancient Czech ruler, and the man she chose to be her husband, Premysl. Their decedents would later build Prague Castle. The city became the center of nobility and developed a flourishing slave trade as European merchants settled here. In 1257, Malá Strana was established by King Otakar II as the primary district of the German people, defended by fortifications.

However Prague’s greatest era was under Holy Roman Emperor Charles IV who ordered the building of New Town, the construction of St Vitus Cathedral and the Charles University, the oldest university in Central Europe. Prague was by then the third largest city in Europe. During the later centuries the good deeds of King Wenceslas who was the champion of the common man became stuff of Christmas carols and legend while Prague continued to evolve as a major merchant city.

The 15th century saw many scientists, musicians and artists come to Prague but the city was later devastated by the Great Fire of 1618 which led a long period of rebuilding. However things began to change in the 17th century when the city experienced an economic boom which continued into the 18th century. Rich merchants, along with the noblemen, took advantage of this boom to develop the city, creating palaces, churches and gardens in the Baroque style. In 1784 King Joseph II, united the four towns of Malá Strana, Nové Město, Staré Město, and Hradcany, creating the city as we see it today.
The Velvet Revolution – the peaceful overthrow of the communist regime – happened in 1989. The Velvet Divorce of 1993 however lead to the country of Czechoslovakia splitting into the current separate Czech and Slovak republics. The Czech Republic was led by former political prisoner Václav Havel, whose term in office lasted until 2003. The Czech Republic joined the European Union (EU) in 2004.