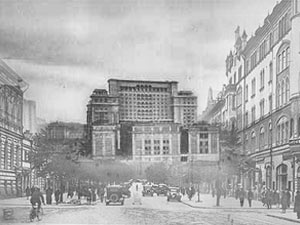 For much of its history, Helsinki had remained a small town, overshadowed by the bigger regions it neighbors, plagued by poverty and destitution. Being under Swedish influence, the city was not able to thrive on its own and develop a culture, aura and attraction till around 1809 when the autonomous Finland was declared after Russia subdued Sweden in the Finnish War.

Amidst this progress and development, Finland fell in the vicious hands of the Finnish Civil War and for some time Helsinki was taken over by the Red Guard but later recovered in 1918. In this turbulent half of the 20th century, Helsinki was once again subjected to War and there was widespread destruction and chaos as Soviet bombers raided the place. Many years later, Helsinki started becoming urbanized and investments poured in to make it strong economically. Having a sparely populated area has also helped Helsinki modernize in a sophisticated manner.