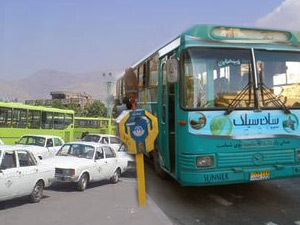 The bus service in Tehran is extensive and thorough. There are four bus terminals, the western, eastern, southern and central bus terminals, that service Tehran and the many intercity routes. The sheer number of buses running at any one time means that simply turning up at the closest terminal is enough to find a bus that can take you where you want to go.

Prior bookings for long distance travel can be done at the TBT office at Qarani st., or at the Union of Countries Travelling Companies at the central bus terminal.

The main city of Tehran is covered by bus services, generally costing between 300-500 IR for a trip. There are dedicated bus lanes, which means in heavy traffic, buses can be faster than taxis. Tickets are bought in strips of 10 at ticket boxes at major bus stops. The routes are numbered and maps can be found at bus stops and terminals. 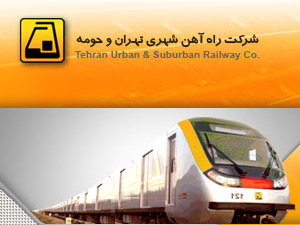 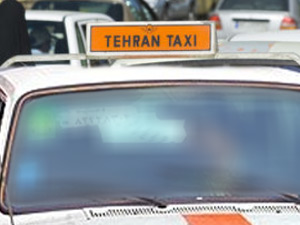