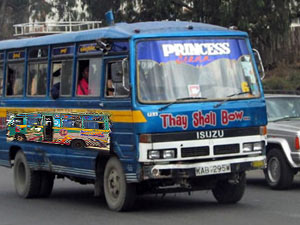 The Matatu is a privately owned Nissan Minibus which is the most popular form of transport amongst the locals in Nairobi. These operate on specific routes and are cheap. Usually seating between 14 and 24, they try and take in as many passengers on the way, hence are overcrowded and with the speeds they drive at, can be dangerous to the uninitiated. The route and numbers are marked on each Matatu.

The local buses are another cheap mode of transport and ply on set routes. These again are overcrowded and tend to be rash and dangerous.
The new private buses are the Citi Hoppa. Green in color, this is a fairly new service with modern buses.
Besides there is a Metro Airport shuttle bus running every half an hour from the airport to the city centre and vice versa. 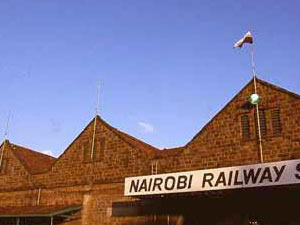 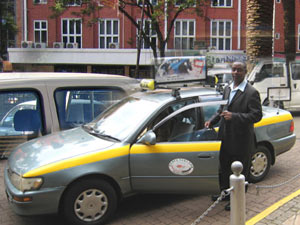