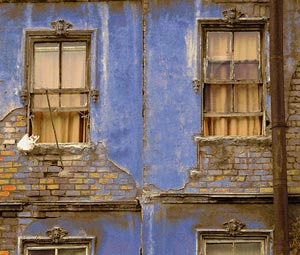 Though the region has been founded for thousands of years, Istanbul's historical record dates back to the mid-seventh century BC.  A Greek explorer named Byzas was supposedly told by the Oracle at Delphi to sail up the Hellespont and found a city Bosphorus.  The resulting town was named Byzantion/Byzantium.  The city slowly grew and became and important trading center in the Roman Empire.

The city's fortunes brightened considerably in 324AD when it was chosen by the Emperor Constantine as the capital of the new Eastern Roman Empire, which soon became the Byzantine Empire.  The new capital was built on a peninsula bordered by the Sea of Marmara and the Golden Horn of the Bosphorus.  Under able leaders such as the Emperor Justinian, the Byzantine Empire became the region's major power.  The city's population surpassed 500,000 in the sixth century.

By the thirteenth century though, the Byzantine Empire had declined significantly.  The Fourth Crusade wreaked havoc in Constantinople.  Overzealous crusaders turned their efforts towards capturing the Byzantine Empire, which they accomplished in 1204.  Many great of the city's great monuments were destroyed or looted.  The Europeans were driven out in 1261, but the damage was done.  The Byzantine Empire never regained its former glory.

After a 53 day siege in 1453, Sultan Mehmet II, the Conqueror, captured the city and put an end to the Byzantine Empire.  The newly rechristened Istanbul (a Turkification of a Greek phrase meaning 'to the city') became the capital of the Ottoman Empire, which it remained until the empire's collapse after World War I.  Istanbul thrived throughout this period, growing from around 30,000 people in 1453 to more than 1,000,000 at the dawn of the twentieth century.  It was one of the world's great cities, a cosmopolitan center of commerce.

The Ottoman Empire's collapse took its toll on Istanbul, but it proved resilient.  When Mustafa Kemal Ataturk founded the modern Republic of Turkey in 1923, he moved the capital inland to Ankara.  Nonetheless, Istanbul has remained the cultural and economic capital of Turkey.  Today it remains one of the world's great cities, buoyed by its rich history and architecture.