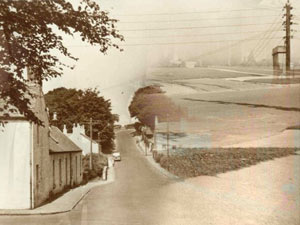 Houston was founded on the banks of Buffalo Bayou in August 1836 by John and Augustus Allen who were real-estate entrepreuners from New York. The city was then named after General Sam Houston, who succesfully led the Texas army against Mexican forces in the Battle of San Jacinto which paved the way for the Republic of Texas to gain its independence from the Mexicans. Sam Houston was later elected president of Texas in September 1836 and on June 5, 1837 James S. Holman became the first mayor of the city. Houston was the capital of the Republic of Texas until1840.

By 1860, Houston became an important city in the export of cotton with major rail lines running through it, connecting the rest of Texas to the ports of Beaumont and Gavelston. Houston has also served as the headquarters of General John Bankhead during the American Civil War.

After a hurricane in Gavelston in1900, plans to make Houston a deepwater port had initiated. In 1901 oil was discovered near Beaumont, which resulted in the Texas Petroleum Industry.

By 1910, the city's population had almost doubled in size compared to what it was in 1900. In 1914, the Houston deepwater port was opened by the then president, Woodrow Wilson.